In the early 20th century, the idea of promoting the union of Churches (Orthodox and heterodox) began to gain ground among circles in the Eastern Orthodox Church by establishing a “Communion of Churches” modeled on the League of Nations.

The Patriarchal Encyclical of 1920 foresaw a series of steps toward the “union of the Churches,” of which the first was the change of the calendar for the simultaneous celebration of feast days by all the “Churches.” The content of the encyclical was kept secret from the faithful and only after a few years became known. 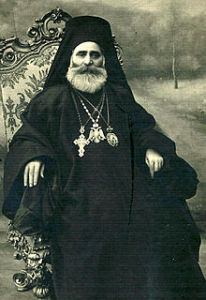 In 1923 Patriarch Meletios Metaxakis convened a “Pan-Orthodox Conference” which decided in favor of many innovations, among which was the calendar change. Representatives of the other Patriarchates of the East had not come to conference, and the work of the conference was interrupted after of the pious Christians of the Church of Constantinople mobilized their forces against it. Meletios was eventually expelled from the city. The same year a Royal Decree established that the New (Gregorian) Calendar be implemented in Greece for political affairs, and the Church continues to use the Old (Julian) Calendar.

In 1924 the Archbishop of Athens, Chrysostomos Papadopoulos, introduced the Gregorian Calendar into the Church despite the previous year’s Royal Decree. 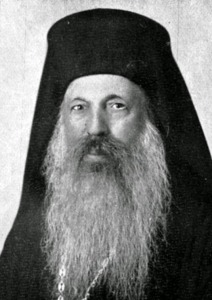 The pious people reacted. Those clergy and laity who did not follow the innovation formed the “Society of the Orthodox” in Athens, which in 1926 was renamed “Greek Religious Community of the Genuine Orthodox Christians.” On September 14, 1925 while the zealots for the Holy Traditions were keeping vigil for the Feast of the Exaltation of the Holy Cross, a bright Cross appeared over the chapel of St. John the Theologian on Hymettus. Many saw the miracle and believed in patristic piety. All of these people were liturgically served by a minimum number of priests and priest-monks from the Holy Mountain, usually in chapels. 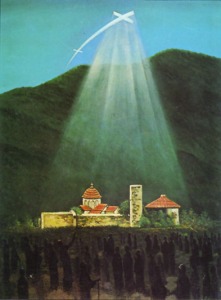 Chrysostomos Papadopoulos and other innovating Hierarchs, ordered security forces to expel the followers of the Holy Traditions. Priests were arrested, abused, stripped of their clerical garb, imprisoned, and exiled. A young woman in Mandra, Catherine Routes, met a martyric death when she attempted to protect the priest from the blows of the police officers with her own body. Bishops of the official Church led police to disperse religious gatherings of the Genuine Orthodox Christians, they interrupted liturgies, emptied the holy vessels of their contents, and trampled upon them. 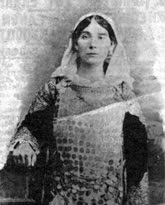 Despite the bloody persecutions the number of believers multiplied, and 1935 three Metropolitans joined the zealots of the Faith. They were Germanos of Demetrias, Chrysostom, formerly of Florina, and Chrysostom of Zakynthos. They then ordained four hieromonks to the episcopacy: Germanos Barykopoulos, Polycarp Lioses, Christopher Chatzes, and Matthew Karpathakes, creating the first Holy Synod of the Church of Genuine Orthodox Christians of Greece. Because of persecution, exile, etc. some of these retreated, and returned to official Church. In 1939 Chrysostom, formerly of Florina, replaced Germanos of Demetrias in the leadership of the G.O.C., who died in 1944. 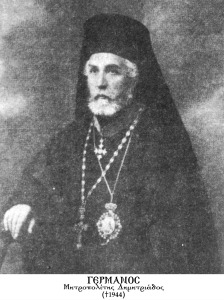 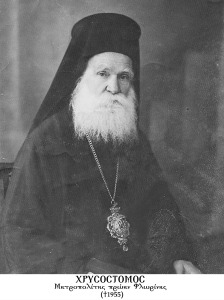 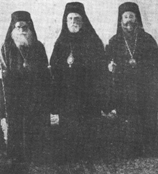 May 1935 from left to right: Metropolitans Chrysostomos, formerly of Florina, Germanos of Demetrias and Chrysostomos of Zakynthos

In 1951, through the Cabinet Act No. 45/1951, a general persecution of the G.O.C. was declared. Churches were closed or demolished, priests were arrested, stripped of their clerical garb, and forcibly shaved by police officers. Our hierarchs were condemned to exile, Liturgies were interrupted, processions were dispersed, and Epitaphia were overturned by the police. Our leader, Chrysostom, formerly of Florina, was exiled to a monastery in Mytilene. In 1951 Metropolitan Germanos of the Cyclades died. His funeral was forbidden, and police were sent to guard his body to ensure that he was buried without a priest. Two other Hierarchs of the Church succumbed to pressure and joined the official Church. In 1953 the persecution languished on, and the Cabinet Act No. 45/1951 was not repealed.

In 1955, Chrysostom, formerly of Florina, the only remaining Bishop of our Church, having suffered serious health problems due to his recent exile, died without leaving successors. From 1955 to 1960 a committee of twelve priests undertook the leadership of the struggle, whose main objective was the ordinations of Bishops for the Church of the G.O.C. In 1960 and 1962 with the cooperation of Bishops of the Russian Church Abroad, the Church of the Genuine Orthodox Christians of Greece gradually regained Bishops, and the Holy Synod was constituted under the presidency of Archbishop Akakios. Akakios of Talantion was the leader of the Church of G.O.C. as Bishop (1960) and Archbishop (1962) until his repose in 1963. After his death, Bishop Auxentios of Gardikion was elected Archbishop (1963-1985). 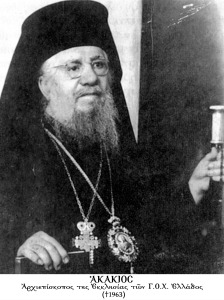 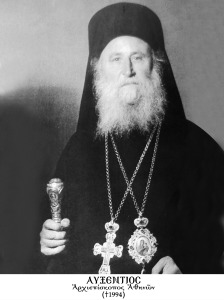 During the period of the seven-year dictatorship, Archbishop Hieronymos (of the official Church) planned to subject all private hesychasteria – as are all the monasteries of the G.O.C. – to the direct control of the official Church’s local Bishop. Since then, for the sake of protection, many monasteries legally attached their properties to the Monastery of Esphigmenou on Mount Athos. During this same period, by a ministerial decision, the Mysteries of the G.O.C. were finally registered in the Registry Offices. An important event that took place during this time (in 1969) was the recognition by the Holy Synod of the Russian Orthodox Church Abroad of the episcopal ordinations which took place in 1960 and 1962. 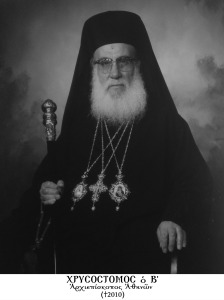 From 1986 to 2010 Archbishop of the Church of G.O.C. was Archbishop Chrysostom II (who had been Metropolitan of Thessalonica). During his pastorate the much-desired cleansing of the clergy was achieved from the strange and foreign elements that had entered into the ranks of the sacred struggle of G.O.C., and after overcoming many obstacles, he succeeded in refreshing the body of the hierarchy with new episcopal ordinations in 1998, 1999 and 2000, and restored the smooth functioning of the synodal system to the Church of G.O.C.

Archbishop Chrysostomos II was the first Archbishop of the G.O.C. who was accepted by the leader of the country, the Greek President Constantine Stephanopoulos, on June 8, 1998 and who sanctified Holy Myrrh together with the Holy Synod of the Church of G.O.C. of Greece on Great Thursday 2001. Under his pastorate the modern pan-heresy of Ecumenism was synodally condemned (in 1998), and the Fourth Pan-Hellenic Clergy Conference was convened (in 2003). With his blessings, the Catechetical School was established, and has been operating since 2001, and the former Union of Youth was reconstituted under the name of Orthodox Youth Association. 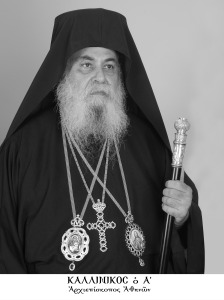 After his holy repose on Sunday September 6/19 2010, Metropolitan Kallinikos of Achaia was elected in his place as Archbishop of Athens and all Greece, who presides over the Holy Synod today.